III year of computer science students. Aleksandar is second from the right, lying on the grass. Most of these students went abroad later.

Natasa Ibrajter (later became a teaching assistant at the Department), Aleksandar, and Lidija Litricin (later went to Canada). Then, they were students of the III year of computer science study. 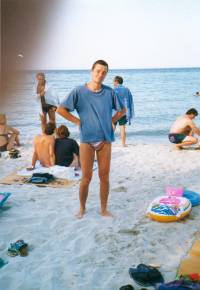 This was the reason why Aleksandar could not graduate in June 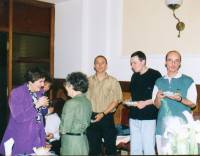 From right to the left: Mihal Badjonski (later went to Germany), Aleksandar, and Daniel Sendula (later went to England). Then on the first birthday party of Tara Budimac. 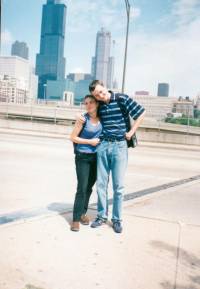